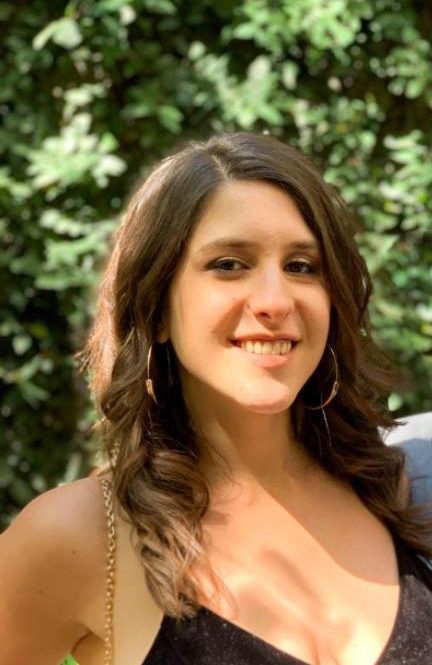 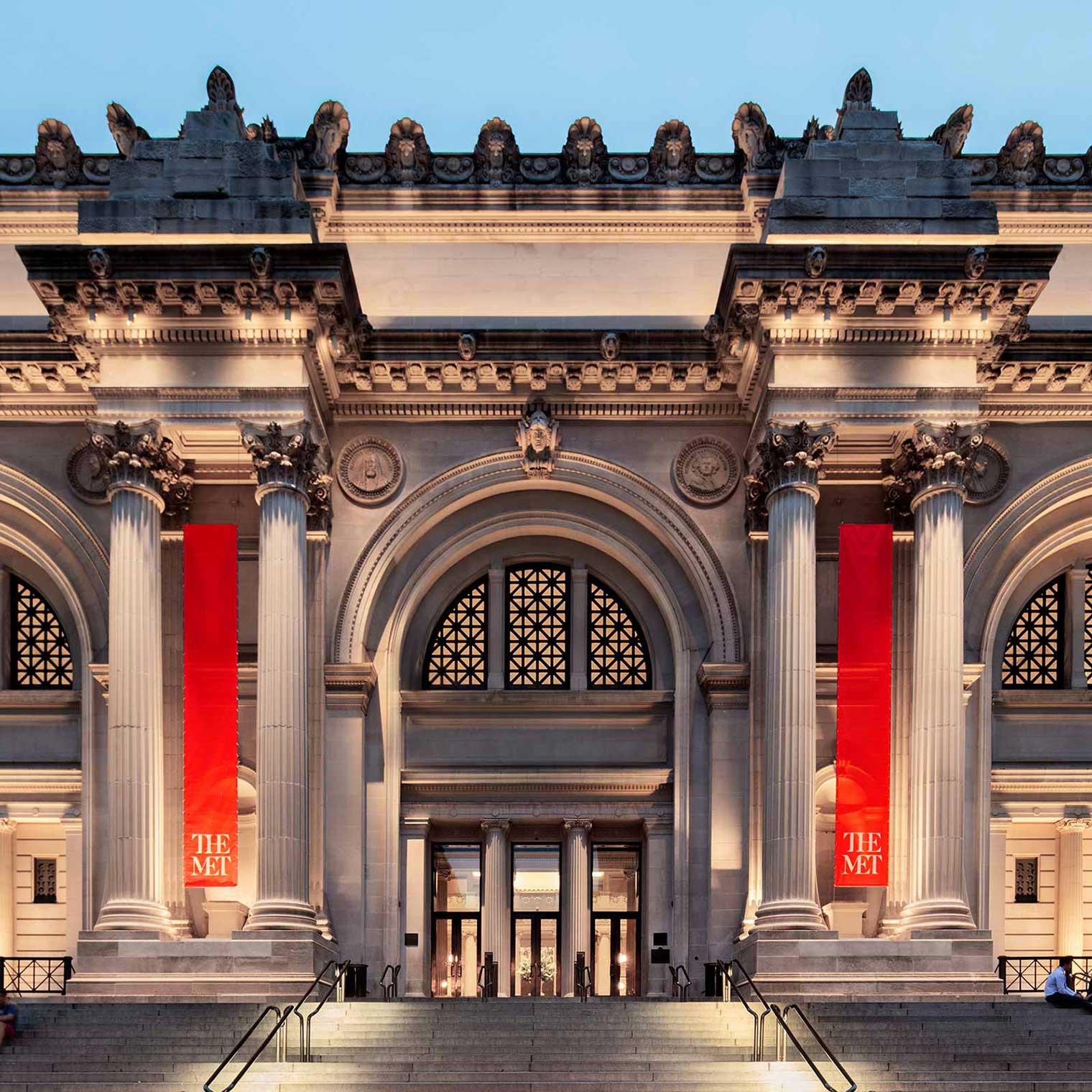 The digital age has made it possible to visit some of the world’s most famous museums from the comfort of your own home. Google Arts and Culture partnered with more than 2,500 museums and galleries around the world to offer virtual tours of their collections and spaces, way before the coronavirus pandemic.

The history of the museum, of its building is quite unusual. In the centre of Paris on the banks of the Seine, opposite the Tuileries Gardens, the museum was installed in the former Orsay railway station, built for the Universal Exhibition of 1900. So the building itself could be seen as the first “work of art” in the Musee d’Orsay, which displays collections of art from the period 1848 to 1914.

The Uffizi was designed by Giorgio Vasari in 1560 for Cosimo I de’Medici to house the Granducal Magistratures of Tuscany. Over time, the top floor loggia became an exhibition of the dynastic collection of ancient sculpture, artwork and artifacts.

The eastern wing of the building incorporated the ancient Florentine church of San Pier Scheraggio and the wing to the west connected with two existing buildings, the Mint and the Loggia dei Lanzi. Vasari conceived an architectural module to be repeated all along the building: a portico flanked by two pillars, with niches on the ground floor and three windows on the upper story.

In 1565, on the occasion of the marriage of his son Francesco to Giovanna d’Austria, Cosimo I asked Vasari to design a raised passageway connecting Palazzo Vecchio with Palazzo Pitti, the new residence of the family. The passage starts from the government palace, Palazzo Vecchio, goes through the Uffizi, then runs parallel to the river above a portico and crosses over the Ponte Vecchio. The Corridor continues through the facade of the church of Santa Felicita to reach the Boboli Gardens.

The Rijksmuseum is the museum of the Netherlands. Its world-famous masterworks from the Dutch Golden Age include the Milkmaid by Vermeer and Rembrandt’s Night Watch. The Rijksmuseum itself is also a masterpiece. The collection is presented in a stunning building with amazing interior design. In 80 galleries 8,000 objects tell the story of 800 years of Dutch art and history, from the Middle Ages to Mondrian. Every year, over 2.5 million visitors travel through the ages and experience a feeling of beauty and sense of time.

When Munch died in January 1944, it transpired that he had unconditionally bequeathed all his remaining works to the City of Oslo. Edvard Munch’s art is the most significant Norwegian contribution to the history of art, and he is the only Norwegian artist who has exercised a decisive influence on European art trends, above all as a pioneer of Expressionism in Germany and the Nordic countries.

The Munch Museum opened in 1963 and has a unique collection of approximately 1100 paintings, 4500 drawings and 18 000 prints. Major works will always be on display in the museum. The selection is changed regularly. In 1994, expansion and rehabilitation of the museum was financed by the Japanese company Idemitsu Kosan Ltd. The museum was partly rebuilt in 2005 to upgrade security.

All major traditions of Western European painting are represented from the artists of late medieval and Renaissance Italy to the French Impressionists.

MoMA The Museum of Modern Art

Founded in 1929, The Museum of Modern Art (MoMA) in midtown Manhattan was the first museum devoted to the modern era. Today MoMA’s rich and varied collection offers a panoramic overview of modern and contemporary art, from the innovative European painting and sculpture of the 1880s to today’s film, design, and performance art. From an initial gift of eight prints and one drawing, the collection has grown to include over 150,000 paintings, sculptures, drawings, prints, photographs, architectural models and drawings, and design objects; approximately 22,000 films and four million film stills; and, in its Library and Archives, over 300,000 books, artist books, and periodicals, and extensive individual files on more than 70,000 artists. Collection highlights include Claude Monet’s Water Lilies, Vincent van Gogh’s The Starry Night, and Pablo Picasso’s Les Demoiselles d’Avignon, along with more recent works by Andy Warhol, Elizabeth Murray, Cindy Sherman, and many others.

The Upper Belvedere houses the impressive collection of Austrian art dating from the Middle Ages to the present day. At the heart of the displays of art around 1900 is the world’s largest Gustav Klimt collection. The glittering highlights are Klimt’s golden pictures Kiss and Judith, and masterpieces by Schiele and Kokoschka. Prominent works by the French Impressionists and the outstanding collection of Viennese Biedermeier paintings are further attractions at the Upper Belvedere.

The Mauritshuis is home to the Best of Dutch painting from the Golden Age. The compact, yet world-renowned collection, is situated in the heart of The Hague, right next to the government centre. Masterpieces such as Vermeer’s Girl with a Pearl Earring, The Anatomy Lesson of Dr. Nicolaes Tulp by Rembrandt, The Goldfinch by Fabritius and The Bull by Potter are on permanent display in the intimate rooms of this seventeenth-century monument.

Listed for the past 30 years as a UNESCO World Heritage Site, the Palace of Versailles constitutes one of the finest achievements of French art of the 17th century. The former hunting lodge of Louis XIII was transformed and extended by his son Louis XIV who installed here the Court and the government of France in 1682. Up until the French Revolution, a line of kings succeeded each other, each taking his turn to embellish the Palace.

La Casa Azul (The Blue House) was the place where Frida Kahlo, the most renowned Latin American artist in the world, came into this world, lived, and took her last breath. The building, which dates to 1904, was not a large-scale construction. Today it has an 800 m2 building surrounded by property measuring 1200 m2. Diego and Frida filled it with color, folk art, and pre-Hispanic pieces to show their admiration for the peoples and cultures of Mexico. The construction underwent two major modifications. When Russian revolutionary Leon Trotsky lived with Diego and Frida in 1937, the property today occupied by the garden was purchased. In 1946 Diego Rivera asked Juan O’Gorman to build Frida’s studio. The interior of the house has been maintained virtually intact. This was respected by the poet and the couple’s friend, Carlos Pellicer, who designed the museum display for the space after Frida’s death. Therefore, the house and its contents preserve that intimate atmosphere.

The Metropolitan Museum of Art

The Met presents over 5,000 years of art from around the world for everyone to experience and enjoy. The Museum lives in three iconic sites in New York City—The Met Fifth Avenue, The Met Breuer, and The Met Cloisters. Millions of people also take part in The Met experience online.

Since it was founded in 1870, The Met has always aspired to be more than a treasury of rare and beautiful objects. Every day, art comes alive in the Museum’s galleries and through its exhibitions and events, revealing both new ideas and unexpected connections across time and across cultures.

Founded in 1990 after originally being created as an art centre, Museo Reina Sofía is among the culminating events of the Spanish transition to democracy, recovering Pablo Picasso’s Guernica as well as an outstanding representation of the international avant-gardes and neo-avant-gardes. In short, the founding of this museum means the recuperation of the experience of modernity previously missing from the Spanish context and the opportunity to try out new models of narration from a periphery that is neither lateral nor derivative, but is rather an entry way for new stories, historiographic models and artistic episodes that tip the balance of the orthodox canon of the main museums.

Therefore, the Museo Reina Sofía program is three-fold: on the one hand, rethinking the function of the museum today; on the other hand, analysing the mechanisms for mediation between the public and the institution; and finally, proposing new contexts and stories through the collection and exhibits that lead to a new notion of modernity.

The British Museum’s remarkable collection spans over two million years of human history and culture. Over 6 million visitors every year experience the collection, including world-famous objects such as the Rosetta Stone, the Parthenon sculptures, and Egyptian mummies.

The principal aims and objectives of the National Gallery of Modern Art art
– To acquire and preserve works of modern art from 1850s onward
– To organize, maintain and develop galleries for permanent display
– To organize special exhibitions not only in its own premises but in other parts of the country and abroad.
– To develop an education and documentation centre in order to acquire, maintain and preserve documents relating to works of modern art
– To develop a specialized library of books, periodicals, photographs and other audio visual materials
– To organize lectures, seminars and conferences, and to encourage higher studies and research in the field of art history, art criticism, art appreciation, museology and the inter-relations on visual and performing arts.

Tate Britain (known from 1897 to 1932 as the National Gallery of British Art and from 1932 to 2000 as the Tate Gallery) is an art museum on Millbank in the City of Westminster in London. It is part of the Tate network of galleries in England, with Tate Modern, Tate Liverpool and Tate St Ives. It is the oldest gallery in the network, having opened in 1897. It houses a substantial collection of the art of the United Kingdom since Tudor times, and in particular has large holdings of the works of J. M. W. Turner, who bequeathed all his own collection to the nation. It is one of the largest museums in the country.